According to FBI figures, there are over 2.5 million burglaries occurring in the United States every single year. Forced entrance was responsible for 57.5% of break-ins. Residential burglaries occurred during the day in 65% of cases. Though an alarm system or a guard dog might help increase your protection, locksmiths believe a sturdy deadbolt is the strongest deterrent to a house invasion. In most situations, intruders force their way into a home. A deadbolt is a steel bolt that extends into the door jamb and strike plate of the door frame, making it more difficult to force open the door. If your deadbolts are used and functioning properly, your home becomes a less desirable target. A deadbolt lock consists of three fundamental components: an exterior key-accessible cylinder, a throw or bolt that slides in and out of the door jamb, and a thumb turn that permits manual control of the bolt from the inside of the home. Steel, bronze, or brass should be used for all deadbolt locks. However, avoid die cast materials because they can break apart. Single Cylinder A basic single cylinder deadbolt that operates with a twist knob on the inside of the door and a keyhole on the outside is the most frequent form of deadbolt utilized. The bolt is “dead” because it must be manually moved in and out of place using a key or knob. An assailant can still break the glass and open the deadbolt from the inside if an entry door contains glass panels. Double Cylinder If you have a double cylinder lock, an intruder will not be able to reach in and open the door through a broken glass panel. Because it requires a key to operate on both sides of the door, this is the most secure form of lock. Some people opt not to use the double cylinder deadbolt because they are concerned about the safety of escaping the home in the event of a fire. If the deadbolt is locked, a key is required to exit, which may hinder a speedy exit or cause alarm if the key is lost. If you do decide on a twin cylinder lock system, keep a key nearby but out of reach of the door. Before selecting a deadbolt, keep in mind that some fire safety and building laws prohibit the installation of locks that require keys to open the door from the inside. Consider the difference in security risk between a horizontal and vertical throw when it comes to the throw (bolt) element of the lock system. Horizontal Throw The usual horizontal throw is one inch past the door’s edge and into the jamb. This may not be sufficient to protect the door and frame against a forced entry by an intruder who can pry the door away from the jamb or hit plate to release the throw. This style of lock is also known as a rim lock/rim latch. Vertical Throw A vertical or surface-mounted deadbolt engages by interlocking with a set of cast metal rings attached to the door frame. Because of the rings that surround the bolt, this lock is almost pry-proof, making a vertical throw the safer of the two deadbolts. Despite the fact that it is a deadbolt with a vertical throw, this style of deadbolt is frequently referred to as a rim lock. Before installing or choosing any locks, we highly suggest consulting with a local contractor or locksmith. Our team at BOB Locksmith will be more than happy to provide proper guidance. 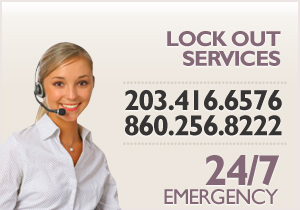